Nitro had 29 swimmers swim in this past weekend’s 91st Ohio Valley Championships in Louisville, Kentucky.  This is the longest running annual swim meet in the United States.  It is held at Lakeside Swim Club in a Long Course Pool made in a rock quarry.  It was an amazing experience with three Gold Medal Clubs of Excellence in attendance.  Nitro won 75% of the 13-14 Relays at the meet and had several event winners.  Morgan Rodriguez, 14, in the 200 Fly won the 13-14 Girls with a new meet record of 2:24.22.

Other event winners were:

The Nitro 13-14 group, as well as two 12 year olds had an amazing opportunity to participate in a Club Camp held at the University of Louisville, along with three other USA Swimming Gold Medal Clubs of Excellence.  The kids were instructed on cutting edge skills regarding strokes, starts, turns and racing techniques from the University of Louisville coaching staff.  They were also fortunate to listen and learn with American Record Holders, and US Olympians, Mallory Comerford, and Kelsi Worrell-Dahlia, as well as World Championships USA Team Member Zac Harting. 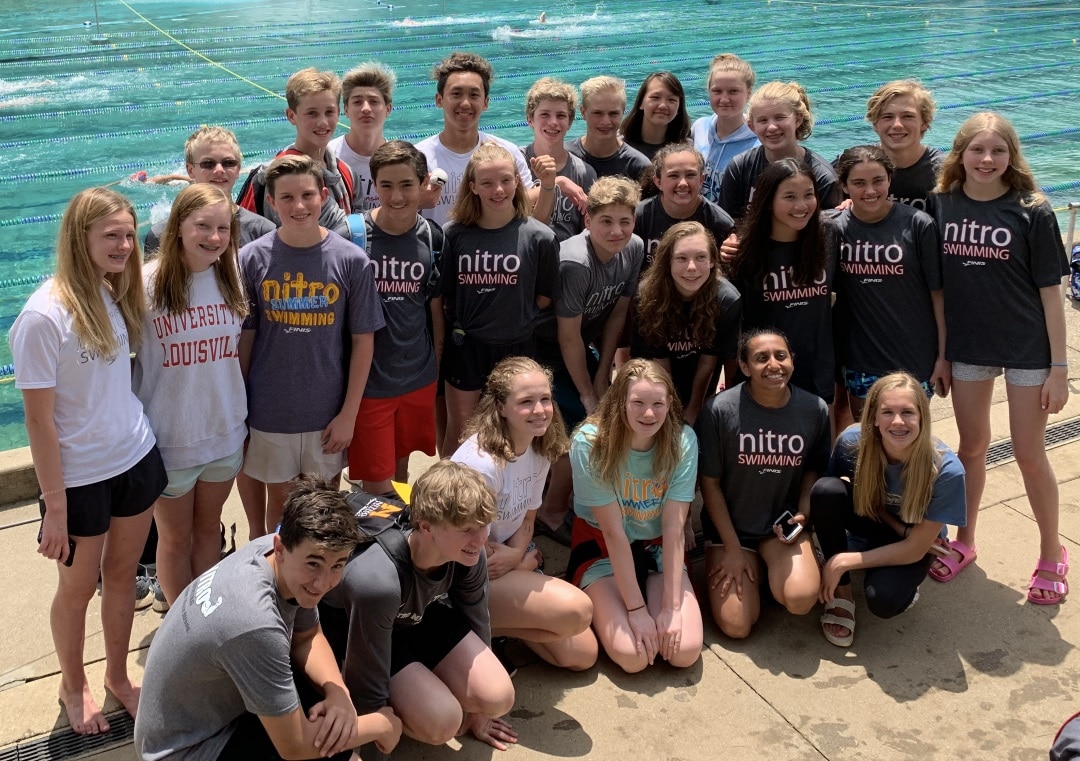