I’m up here in Fort Wayne at our Swim School for the week, but wanted to drop you all a quick note to let you know that Nitro wrapped up the Texas Age Group Swimming Championships this past weekend with WIN # 14!!

I witnessed 10 yr old Jacob Schmitt swimming his all in a “swim off” for 16th place, winning the swim off, then coming back at night seeded last and taking 4th in his heat at Finals.

I observed Jaylin Dubose, who injured her ankle/foot earlier in the meet, but was there on deck, on crutches, no longer able to swim, cheering on every Nitro athlete. I was inspired watching Jeremy Kelly be, well, Jeremy Kelly. Logan Walker, same.  I could go through the list of races I watched and could mention something special about every one of the kids. I’ll leave that for the other Coaches to cover, but I would be remiss if I didn’t mention Minji Kim – who just moved to Pennsylvania, but made a special trip back to Texas to compete one last meet alongside her Nitro teammates!

I’ve always been proud of our Nitro program. But receiving the Sportsmanship award that the kids earned means more than any Team Championship. It was a collective effort.

Come to the Nitros on Saturday March 30th at 5:30PM to hear the Coaches brag on the athletes, recap the seasons, send our graduating Seniors off in style, and share in all that is great about our sport!

Thank you ALL for being a part of Nitro, and I’ll see you on the pool deck! Coach Mike. 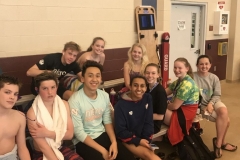 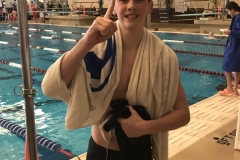 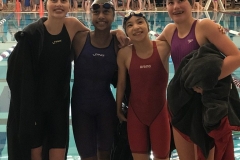 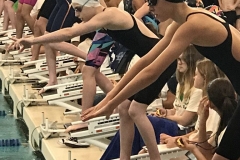 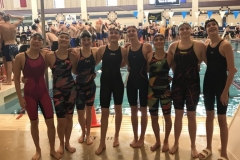